1-day
All year round

Plateau looks like a giant triangle, which borders on Lake Baikal in the south, man-made sea of Irkutsk in the north-east and the Irkut River in the north-western part.  It’s named Olkhin plateau after the Olkha River which crosses this triangle from west to east.

Formation of the rock shoes began about 500 million years ago under the influence of high temperature and pressure, wind  and tectonic activity; rocks were gradually destroyed and it all resulted in formation of such huge granite rock shoes, which we can see now.

Numerous rock shoes are scattered around the plateau and present a lot of interest for hikers and alpinists. There are a lot of various routes, which are suitable for people with different level of physical readiness.

The rock shoes are located in the relative vicinity to Irkutsk (about 1.5 hours by intercity train or car), have intricate forms and attract lovers of nature from all over the region.

The most popular rock shoes, which attarct hikers from all over the country and abroad, are Idol, Khight, Grandma, Fortress, Varan and many others. There are respectfully called by locals "The Guards of Olkha plateau".

Detailed program for each hike is also represnted on the web-site; please, check and choose the most suitable option for yourself! 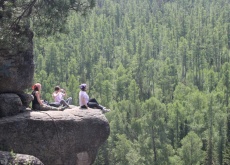 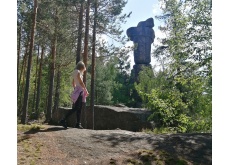 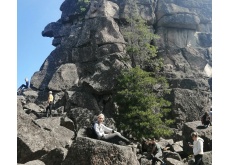