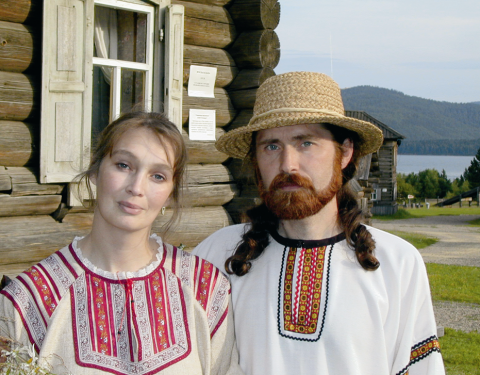 Beginning   of Russian settling  in Pribaikalye is closely connected with the exploration of the taiga zone. At that stage trade and industry were mostly characteristic of the colonization. The major migrations to Siberia were represented by North Russian peasants. The Russian people developed here integrated economy based on a combination of crop-growing and stock-breeding alongside hunting, fishing, carrier's trade and nut-gathering.

The Russians' settling in Siberia was definitely influenced by the construction of the Moscow highway (1760) and the Trans-Siberian Railway (finished in 1898). Thus, new villages quickly sprang up along the roads.

First Russians discovered in Siberia the lands originally inhabited by a great number of families and tribes that had not formed a nation yet. The tribes had totem names of a bird or an animal. They differed from each other in their economic activity: some of them were engaged in hunting, others in fishing, the third did both. There were such societies already, mostly in southern regions where they had both stock-breeding and crop-growing.

Coming onto the huge expanse of North Asia in the XVII-th century the Russian people entered a long ago inhabited land. One of the characteristic traits of this people was disclosed in full here, "a Russian man can easily adapt himself to any environment and to any surroundings. He is able to withstand any climate and to get along well with any people." (P. N. Buzinsky - "Settling of Siberia, life and manners of inhabitants"). Having found themselves in Siberia, the migrants

quickly appreciated the convenience of some articles of the native people's clothing, that were well adjusted to the surroundings; they borrowed from "inozemtsy" (foreigners) ways of cooking and moving. The blacksmiths of the Siberian tribes were famous for forged swords and other weapons, iron coppers and bronze harnesses, silver vessels and gold jewellery. 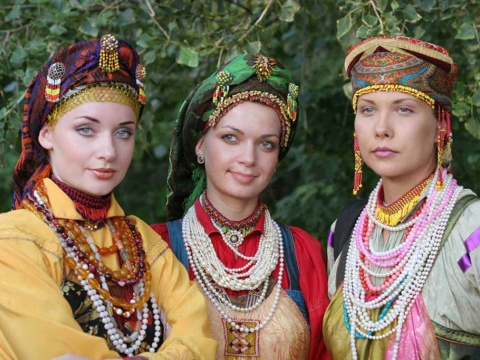 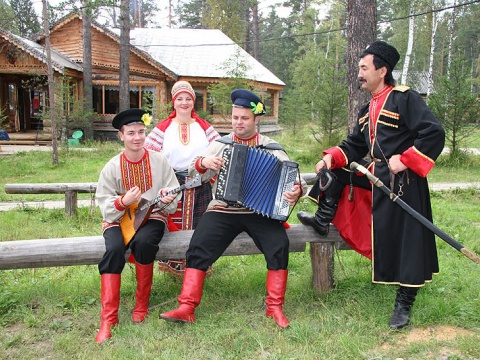 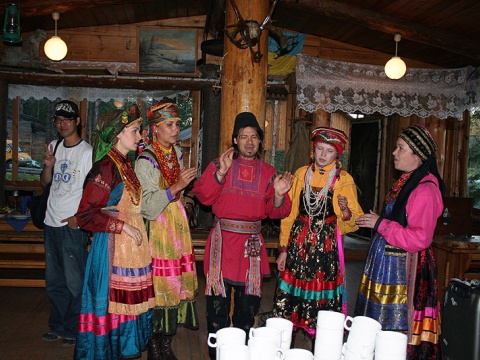 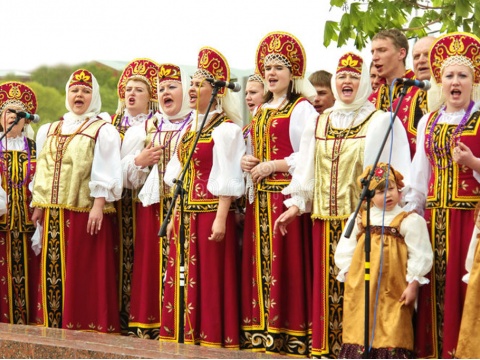 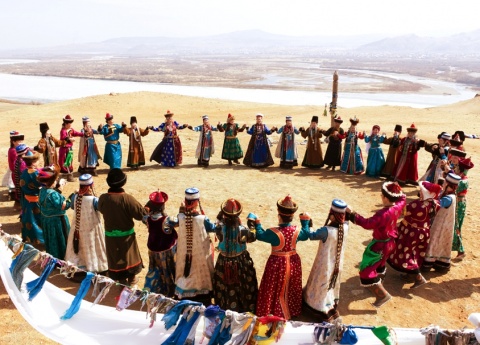 The Buryats, numbering approximately 350,000, are the largest ethnic minority group in Siberia, and are mainly concentrated in their homeland, the Republic of Buryataia.

From the VI-th to XI-th centuries the Baikal shores, the lower reaches of the Selenga River, Tunkinski valley region and the valleys of the Barguzin, Angara and Lena Rivers were inhabited by representatives of the Turkic tribe called Kurikans. In the early XIII-th century Mongol tribes settled on the territory of Pribaikalye and Zabaikalye (western and eastern parts of Baikal lake). As a result of this mixture, the Buryat nation had formed by the end of the XVII th century.

Buryats were mostly engaged in hunting, fishing and gathering. The basis of their economy was intensive cattle-breeding. In some areas Buryats grew millet, buckwheat and barley. From Kurikans they inherited the high art of blacksmith work. They were also good at processing iron and made weapons and utensils from it. Many Buryat people were highly- skilled jewellers. Hometrade also developed. Women made felt, with which they covered yurts, and dressed skin to make clothes and footwear. Men usually prepared wooden frames of yurts, made carriages and weapons, wove ropes and sewed harnesses.

The Buryats have not always been a part of Russia. As far back as 1625-1627, the Russian tsar sent an expedition to explore the Bratskaya land. This first boat expedition, underestimating the ferocity of the Angara River’s rapids, never completed the journey, but nevertheless heard that Buryat farmers were eager to trade. Reports continued to tell of an infinite number of horses, cows, sheep and camels in Bratskaya and rich crops of barley and buckwheat The Buryats and the Russians were mingling, both professionally and socially. Intermarriages occurred and the mixed population began growing. With the cultural mixing, the traditional Buryat customs began to give way to modern practices. As closer relations flourished, not all Buryats were pleased with the notion of becoming Russian subjects. Some Buryats, dissatisfied with the proposed tsarist rule, fled to Mongolia, only to return to their native country saying, “[Mongolia’s] Khan beheads culprits, but the Russian Tsar just flogs them. Let us become subjects of the Russian Tsar,”

Dancing and singing also play an outstanding role in culture of Buryats. Their most popular dance is called “ekhor”, (when all the people form a circle and dance together holding by hands), whereas the most widespread musical instrument is “khure”.

Modern arts are well developed among Buryats as well - Republic of Buryatia is believed to the one of the cultural centers of the East Siberia.

As a religion, Shamanism (it is a religion based on the beliefs in spirits) prevailed among the Buryats. Gifted people, who were able to see connections in Nature and remember the regularity of phenomena, stood out against the background. Such people were highly trusted and led the general population. These "shamans" (witch-doctors) appeared with the disintegration of the community. Shaman's attributes included a ritual costume, a drum, a crook, and images of spirits (ongohns).  Pendants and bells on the Shaman costume were considered a receptacle of spirits and were supposed to call them down or to scare them away. The drum symbolized the Universe. While the shaman was passing into a trance the drum played the part of the Supreme Beast. It also called spirits down and removed enemies. Shamans were the first doctors who, tried to heal the body through healing its soul. They were also actors, prophets and propagandists. 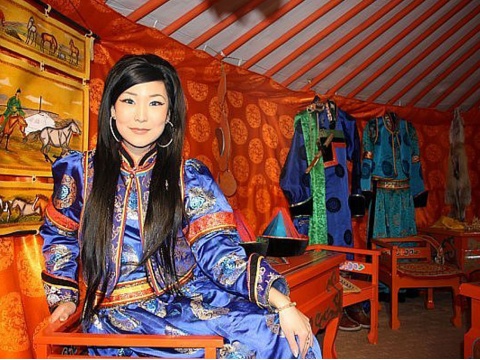 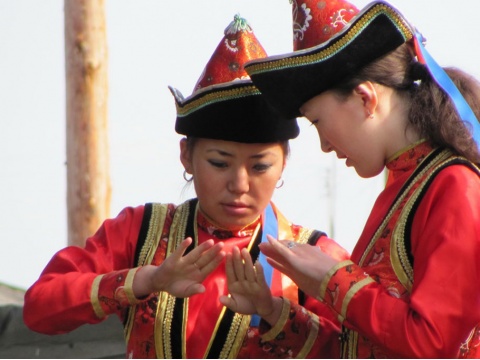 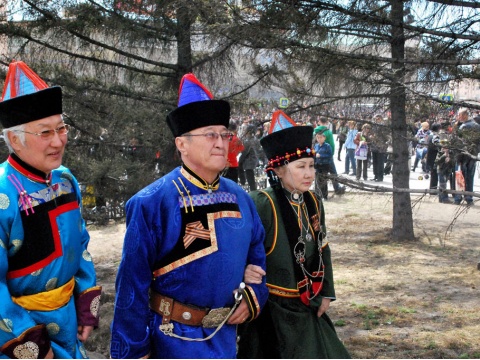 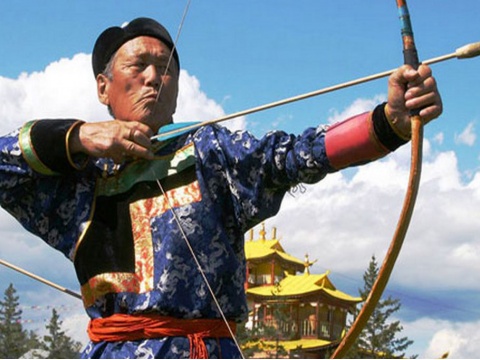