MUSEUM OF BAIKAL FLORA AND FAUNA 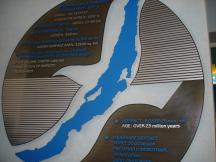 Baikal (Limnological) Museum, which is located in Listvyanka Village, can be considered to be the best one among all other existing museums of Lake Baikal. The museum has a long history. First, in 1928 there used to be a Limnological station. Later, in 1961 it was reorganized into a Limnological Institute of Siberian branch of Russian Academy of Science. By now, Baikal Limnological Museum is a very popular place; annually more than 50 thousand people visit this museum. 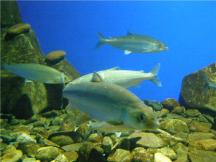 Baikal Museum exposition (in addition to regular exhibits of the lake’s flora and fauna) includes aquariums with Baikal fish, crustacea, sponges and seals. Thus, the visitors of the museum can see Baikal endemics as if they were next to them at the depth of hundred and thousand meters. To make this feeling even more life-like, the museum quite recently started to offer a new entertainment called «interactive submergence». 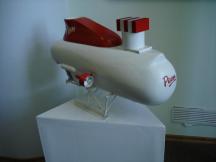 Tourists are invited to see mysterious underwater life of Lake Baikal through the portals of a submarine. Though the journey takes only a quarter of an hour, visitors manage to reach the maximum depth of the lake – 1,637 meters – and see the most interesting species living in Baikal.

Baikal Museum is constantly developing and improving. New expositions are opened and more and more space is given for new interesting exhibits. Though Baikal is the oldest lake in the world, there are still many unexplored facts and secrets about it that wait for their disclosure…