TREKKING – OFF THE BEATEN PATH! Trekking is the best option for lovers of nature and for those, who prefer active rest!
During trekking trip, tourists move mostly along the shore through the territory of National Park of Baikal, which is famous for its unique flora and fauna.

Our skilled guides and instructors will show you a maximum quantity of interesting places during the tour. We can offer flexible and affordable trekking and hiking tours for private travelers and groups. The tour programs can vary from 3-day hike trips to more prolonged expeditions.
The most optimum time for trekking: Beginning of May – End of October
Number of Pax in the trekking group: Individuals – Groups
Degree of difficulty: Middle
Recommendations: Injections again tick-borne encephalitis

Bolshoe Goloustnoe is a former Buryat settlement, where locals deal mainly with fishing.
Population of the village is half Buryat, half Russian and is estimated at about 850 inhabitants. The village is surrounded by mountains, has a nearby river, church, chapel and some sacred places.
The name Goloustnoe means something like 'nude, barren river-mouth' and reflects the barren steppe around the marshy river delta. 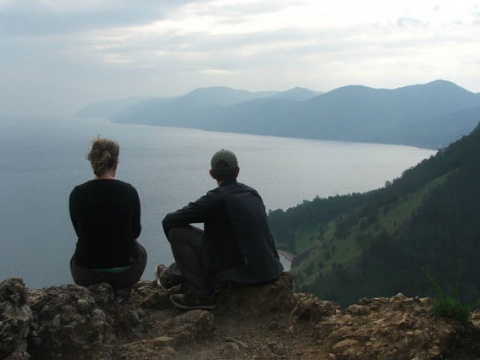 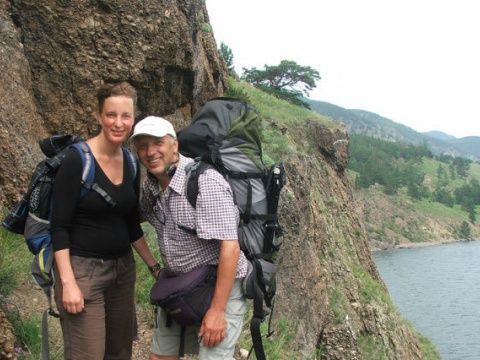 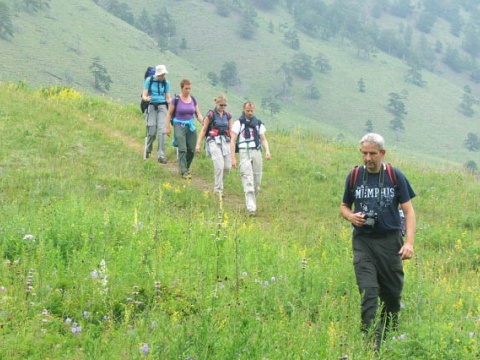 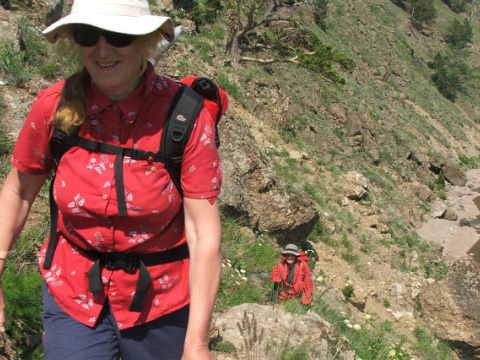 Hiking distance from BG village to Kadilnyi Cape is round 17 km.

Kadilnyi Cape is situated between the village of Bolshie Koty and the settlement of Bolshoe Goloustnoe on the western shore. In former times limestone was calcined in Kadilnyi Cape – that was the main industry of this settlement.

The cape itself is quite plain and formed with burden of the Bolshaya Kadilnaya river drift. Near the tourist centre there are caves which are worth visiting (wherein aboriginal people of the Iron Age once lived). Vast fields of Alpine edelweisses represent one more marvelous attraction of these places. There is a tourist centre with banya and souvenir shop on the cape. 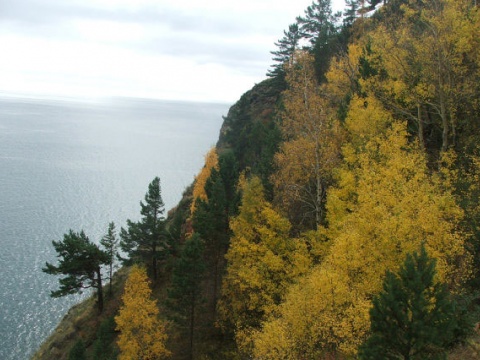 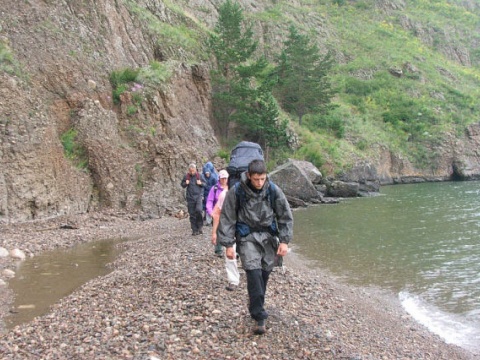 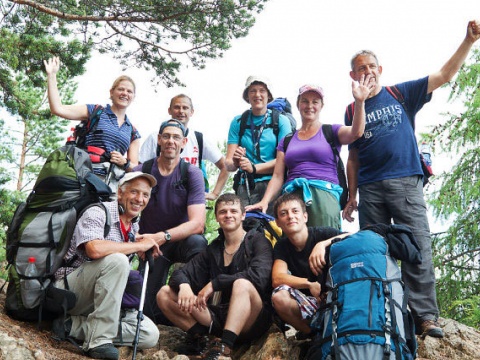 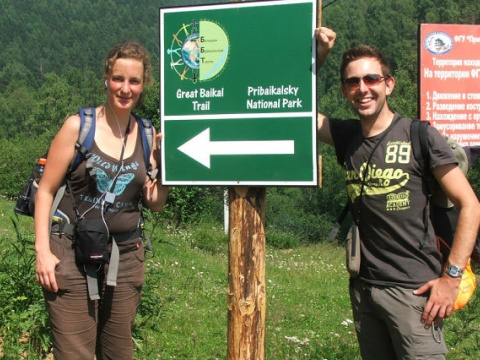 Bolshie Koty is a small Russian village, located on the very shore of Baikal. Surrounded by hills and picturesque rock cliffs this solitary village has its own life rhythm measured not by hours but seasons making you really relaxed of tight schedule, traffic and rush hours.

History of this village is closely connected with the history of the Baikal industry development: gold-dust was mined here, there was a glass factory, and for more than a century scientific biological station has been working here as well.

Not far from Bolshie Koty settlement, Skriper Rock (geological natural memorial) is located. Spectacular view on the western shore of Baikal is opened from the top of the rock. A small cave of about 60m2 is located in the immediate vicinity to Skriper, where various ancient tools, crockery and jewelry were found during the research.

Hiking distance from​ Bolshie Koty Village to Listvyanka is 20 km.

Listvyanka Settlement is one of the biggest and most popular tourist-destinations of Baikal Region. The village was founded in the middle part of the XVIIth century and initially consisted only of a couple of houses, where fishermen lived. In the XVIIIth century it became the main shipyard of Baikal.

Nowadays Listvyanka is the main tourist center of Baikal where there're lots of modern hotels, cafes and souvenir shops.